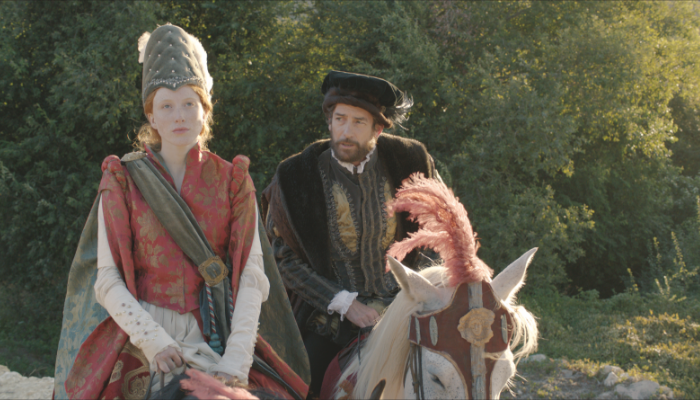 A Portuguesa / The Portuguese Woman

The young, newly married wife of Lord von Ketten is determined to make her husband’s family abode, an inhospitable castle on a cliff in northern Italy, into her home. When he sets off to battle with his men and tries to send her back to her parents, she decides to stay. Adapted from Robert Musil’s novella, “The Portuguese Woman”, set in the Middle Age, features magnificent costumes and opulent images, filmed in five locations across Portugal and captured by the elegant, gliding camerawork.